I am leaving my employment under a settlement agreement and it contains a clause which states that I will not say anything bad about my employer after the termination of my employment. Can they stop me doing this and what would happen if I spoke about them after I’ve signed the agreement? They can’t stop me telling the truth about them, can they? 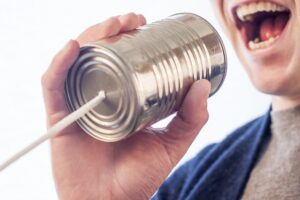 Don’t think this clause has been drafted just with you in mind as it probably hasn’t.  It is very common for employers to include clauses in settlement agreements that require employees not to say anything bad or derogatory about the employer or its directors and other employees.

The employer will see it like this: You are being paid a sum of money to go away and settle your of the employment claims. You’ve received independent legal advice and gagging your from moaning about your complaints is part of the deal.

A non-derogatory statement clause (more colloquially known as a non-slagging off clause) could be drafted in lots of different ways placing different obligations on you. Commonly these clauses will cover you saying or writing anything negative about your employer. A few important points should be established about how far the clause goes and whether your solicitor should seek to modify the clause to protect you:

3. Check with your Solicitor if you’re unsure of the meaning

If you are unclear seek further advice from your independent legal adviser before you sign the settlement agreement. 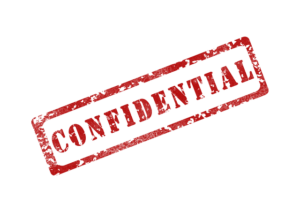 Unless your employer is a sole trader, they may only be willing and able to agree to use their best endeavours or reasonable endeavours to prevent their staff from saying or writing anything derogatory about you. In reality, what exactly the employer should do to fulfill that obligations is not clear. It suggests some form of positive action but what?  You may not want your employer sending an email around the whole company saying don’t say anything bad about you.

But the “best endeavours” or the lesser “reasonable endeavours” is commonly used because whilst you as an individual can control your own actions, it is more difficult for the employer consisting of a group of persons to do so.

Agreement not to Induce or Encourage

An even lesser obligation on employers sometimes put forward by their solicitors is an  agreement not to induce or encourage the employers employees not to say anything derogatory about you. There is no positive action required on the employer.

In the more extreme cases, involving harassment or bullying, especially if there has been instances of online bullying by a colleague, you may be worried about a particular manager, director or employee saying derogatory things about you.

You might want to consider asking your solicitor to draft a clause that specifically names those people and requires your employer to take positive action to prevent or discourage them from doing so. It may be the employer is ask to procure a written agreement from those individuals, as part of the settlement, from those individuals, so you would be able to sue directly. Of course going to such lengths will often not be necessary or a deal breaker.

5. Can an employer stop me making bad comments?

The short answer is yes, most of the time.

Of course they can’t “gag” you in a physical sense, and in some limited instances, even if you have agreed to confidentiality or to not say anything derogatory, the law may override any contractual terms. For example:

Nothing in a settlement agreement can lawfully prevent you from making a protected disclosure, commonly known as whistleblowing. But be very careful about that. You are recommended to seek advice from an employment solicitor as to (a) whether the matters you are thinking about disclosing qualify as a protected disclosure and (b) how and to whom you are able to make a disclosure (c) the specific terms of your agreement.

If, for example, you are summoned to be a witness in a court case, and you are asked a question, on oath, you must answer that question honestly and not be constrained by the settlement agreement.

As mentioned above, an employer is unlikely to pay settlement sums to an employee without having some ability to limit the reputational damage arising from the employment dispute.

Often, these will fall under the definition of whistleblowing. If they do not, and you wish to make a report to the police or a regulatory, you should take advice on whether there is a risk your employer could argue you are in breach of the settlement and if so what might happen.

6. What would happen if I spoke about my employer negatively after I’ve signed the agreement? 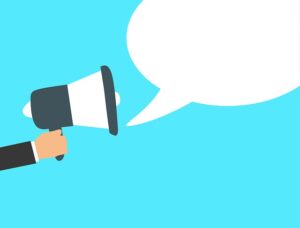 This will depend on how the non-derogatory statement clause is drafted and the extent to which you have breached it.

In theory, any breach of the clause is actionable by an employer on the basis of being a breach of contract although in order for a court to award damages i.e. compensation to be paid by you, the employer would have to show that some loss flowed from the breach.

In addition, if the employer was concerned about the breach and could show that damages were an inadequate remedy, then it may seek an injunction to prevent you from making further damaging comments in breach of the clause although the circumstances would have to be such to justify such injunctive relief.

In any event, much will depend on the severity of the breach.

One end of the spectrum may be a former junior employee being overheard in a restaurant telling a close friend about “their former employer” and painting them in an unsavoury light. Although this would be a breach, it is hardly likely to lead to any serious loss unless the friend happens to be a major customer of the employer and decides to cease business relations as a consequence or is a journalist who decides to publish “an exclusive story”.

At the other end of the spectrum, a former aggrieved board director with considerable influence in a business sector starts a sustained social media campaign against his former PLC employer giving a “warts and all” insight into why the business is failing which leads to a dramatic fall in the PLC’s share price and the cancellation of several lucrative contracts.

In the latter case, the losses suffered may be very significant and the former board director is likely to be on the receiving end of prolonged and costly litigation.

7. Settlement sums may be conditional upon compliance

Regardless of these factors, employees should be aware that many employers will make the payment of the settlement sums conditional upon the employee complying with their obligations under the settlement agreement. Therefore, it could be a very costly mistake to make a bad comment about your former employer in breach of your obligations under the agreement because your employer may then refuse to pay to you the settlement sums due to you under the agreement or if they have already been paid to you, seek to recover those sums from you together with interest.

8. They can’t stop me telling the truth about them, can they?

For the reasons set out above, in practical terms that is the effect of a non-derogatory statement clause which you would be best advised to observe unless you wanted to run the risk of litigation and/or the loss or recovery of the settlement sums paid by the employer.

The only exceptional circumstances where a former employee would be relieved from complying with their legal obligations regarding non-derogatory statements are usually specified as being in order to make protected disclosures e.g. whistleblowing or by court order e.g. giving evidence under oath in legal proceedings.